The Future Racecar - 150 mph and No Driver


On this TEDx Talk featuring J. Christian Gerdes  - Director of the Stanford Center for Automotive Research - the idea of the ultimate driver-less car is presented. 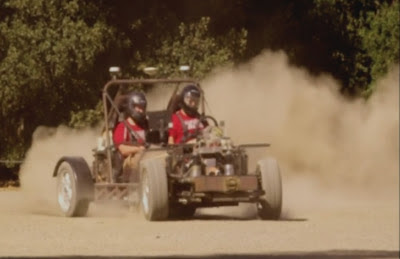 He demonstrates the worlds first autonomously drifing car named P1, it's been completely student built as an  electric rear wheel drive vehicle with front wheel steer by wire technology. This means the human lacking machine is always able to take the tightest curve around a corner and yet never spin out. Even on slippery surfaces P1 has no issue and is thus an excellent Driver-less Rally car.

In the past, VW oracle had come out with a  race car titled Shelley - the Autonomous TT-S capable 150 mph through the Bonneville salt flats, tackling thunderhill race way park in the sun wind and rain, only to proceed to navigate the 153 turns in 12.4 miles at pikes peak hill climb, with no body at wheel the entire time.

The Research done by the team at Stanford showed humans are very good at finding the fastest way around a track, they learned this by strapping electrodes to legendary race car driver, John Morton. 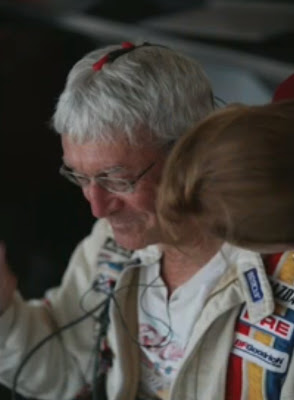 Morton was a Can-am driver and a class champion at LeMans - the team set up the experiment to monitor electrical activity in Johns' brain - certain patterns show important aspects of what's happening - such as a resting brain shows alpha waves while beta waves indicate visual processing as a sign of mental workload.

The team focused on one particular turn at Laguna Saga called the Corkscrew, as expected mental workload was very high during the turn because of the difficulty involved in navigating the turn perfectly. Then, they consider another turn where the  car slides out briefly but John corrects it without any change in mental workload, the correction was entirely reflexive and  more intuitive. The goal of the teams research is not just to have cars one day chauffeur their drivers to and fro; but to also one day maybe develop cars that would be capable of teaching us every-day drivers how to be the best drivers on the road, by incorporating some autonomy slowly allowing the driver to pick up on how to properly push a car to its limits while handling all the power.

For-ever labeled as the PlayStation beast or the point-and-shoot car, the Nissan GTR may be a prime target for just such programming!
Race Cars Video