Import Fest and JDM Monday Meets - The Calm Before The Storm 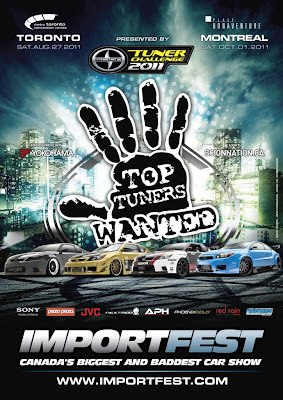 This afternoon I received a call from the owner/creator of Import Fest 2011 which will be taking place first in Toronto, Then Montreal the weekend after. Import Fest a huge car show that happens every year in both cities and this year we get the opportunity to take part! 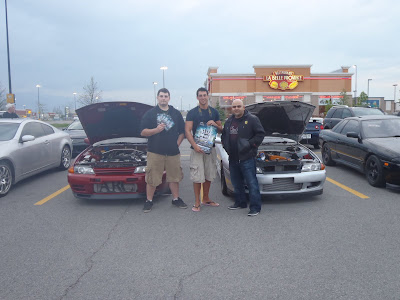 He was in Montreal tonight and wanted to meet up to give us some promotional material for Import Fest, he mentioned that he'd heard of a meet going on tonight so we made arrangements to meet at Autoworx and head up to the Monday night meet in a 4 car convoy - 3 of which were Skylines! 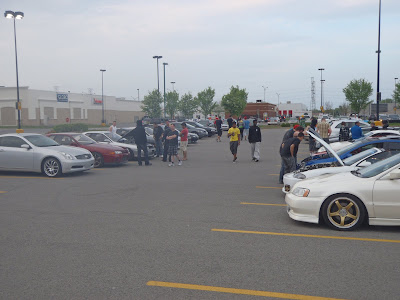 When we showed up the sun was shining, but rain was definitely on the way. First up is our friend Sunnys' Skyline, he's going for the all black look and pulls it off nicely with the GTR rims on the GTS-T. 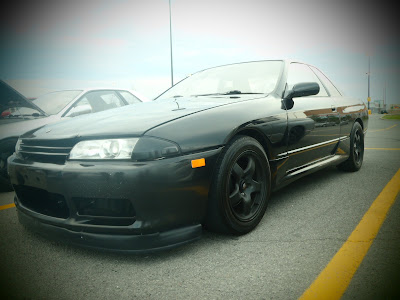 Mark from NelsonMX made this N1 hood lip for Sunny but a few days ago while left in a parking lot for a short time, someone attempted to to steal the lip and cracked it in the process. Vandals can be so frustrating. 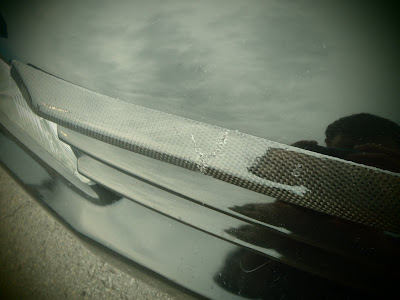 This guy again! He seems to be at every meet I go to and even the ones I don't! He's a part of Team Overdosed. 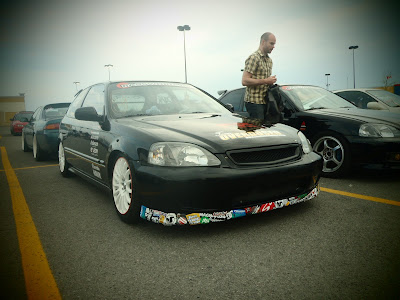 The Rims on this 350Z were stunning! 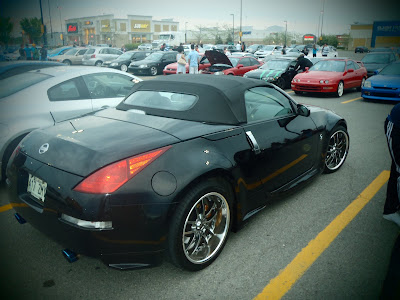 This caught my eye... 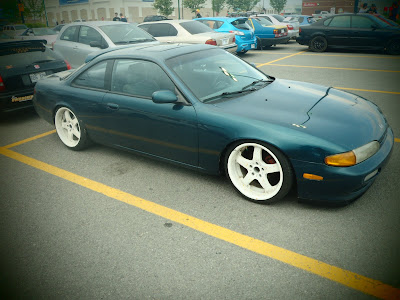 ... As I went in for a closer look at the wheels, the owners' done some paint splatter design, pretty unique! I haven't seen that done before yet. 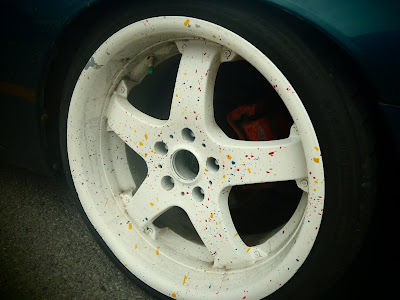 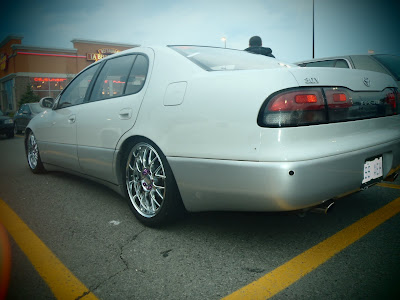 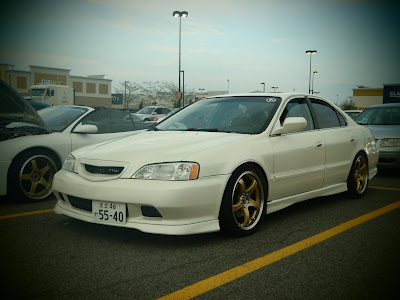 I find the wheels just suit this car so nicely. 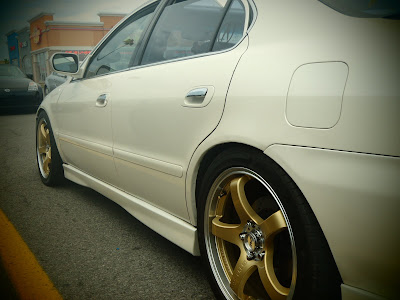 This little Miata packed quite the punch! Even though it's a Miata, I must admit it's probably the nicest one I've ever seen. 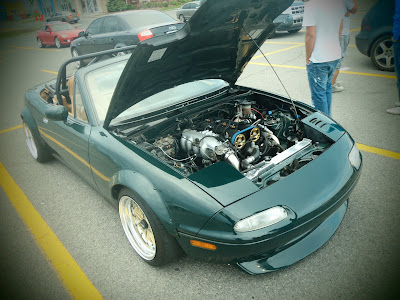 Another car from Team Overdosed, they really have a unique style it seems, this is subtle, but still quite nice. 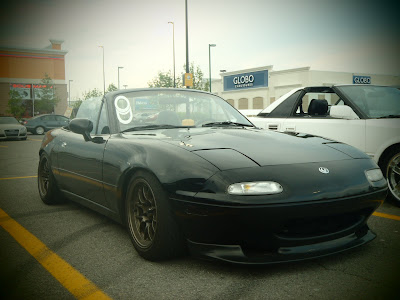 This is just classic... 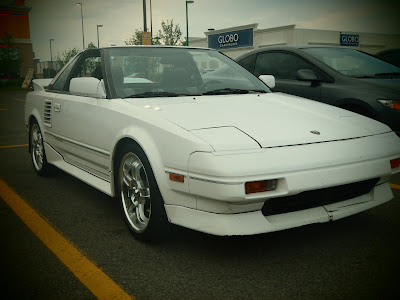 At this point the rain was starting to threaten and people began to leave, so we snapped a few more pics, and hit the road home ourselves. 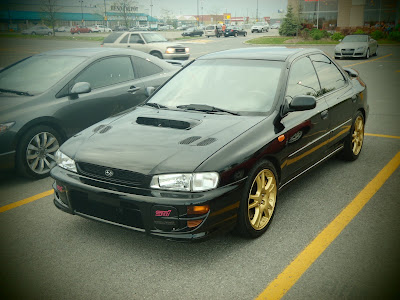 An Eclipse convertible with a body kit... 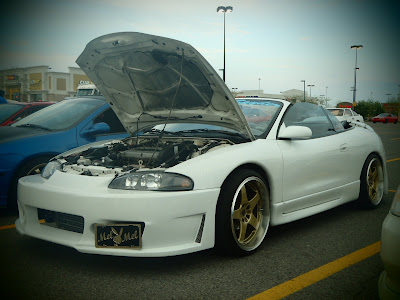 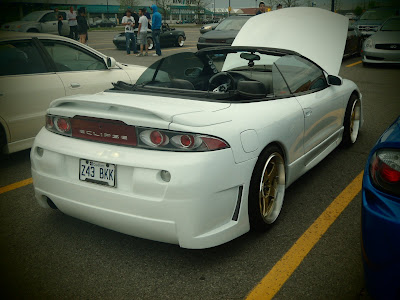 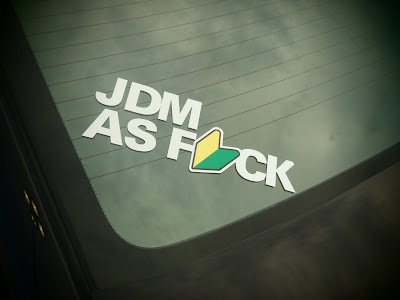 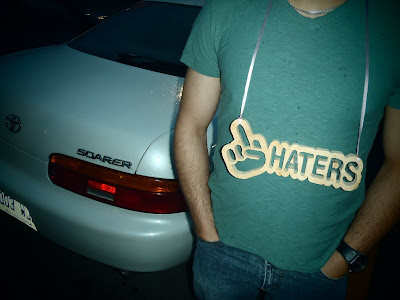 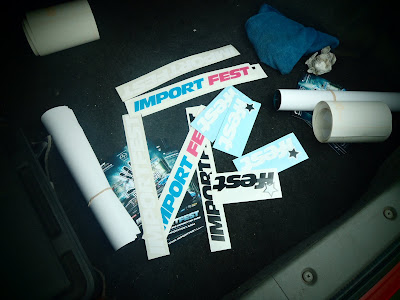