The 8.9 earthquake and tsunami that hit Japan last week are going to have repercussions around the world. Thousands of deaths, massive destruction. From my home town in Christchurch last month with a 6.3 earthquake, to Japan, where I have many friends and associates from years of dealing in the export and import industry, it is a very real check on the fact the Earth we live on is in constant motion, and we are powerless in the face of mother nature.

One of my friends from Nissan was in the US when the earthquake struck. It is hard to know what to say to someone, than offer your help and support. He flew back to Japan on Saturday, and hopefully everything is going well for him in Japan.

There are obviously much more important things than cars, and supplies of cars, but part of reestablishing  of the country, and getting them back on its feet will be the Japanese auto industry.  The initial estimates are $100 billion in damage, and the death toll continues to rise.  Thousands of people are missing. Watching the amount of destruction on TV is shocking. Its like videos of the worst tornado possible with all of the wooden houses in some areas just leveled.

Nissan is closing its Tochigi assembly plant and an engine plant – both in the quake zone--at least through Friday. Elsewhere in the country, it is closing four assembly plants and one engine factory through at least Wednesday. The company wouldn't say how many units of production it expects to lose or how its U.S. exports may be affected.

Tochigi is the Nissan GT-R production plant, and several of the members of the NAGTROC forums  visited the plant during the Tokyo Auto Salon in 2009. 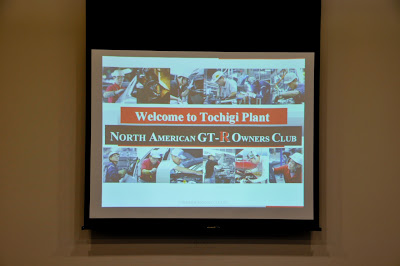 Autoblog is reporting that power outages have brought production plants to a halt, and many are staying closed due to supplier issues, and allowing families to reconnect.

The scope of the effect of the quake and tsunami has yet to be tallied on Japan's car industry, as automakers are still trying to figure out the status of their supply chain. AN reports that Honda alone has 113 suppliers located in quake zones, and they have not yet been able to reach 44 of them.

Even Stateside production of cars and trucks may be affected by the natural disaster, as many U.S. plants depend on Japanese factories to supply them with various components.

At Nissans Port of Hitachi, thousands of cars have been damaged or burned from the aftermath of destruction behind the tsunami.  The stoppages at the plants, plus the damaged infrastructure in the country, could mean it will be months before new cars are once again able to be exported.  It will be a long process of rebuilding and getting back to normalcy. You can donate to the American Red Cross to help the Japanese relief effort.

Nissan's new press release has some new information on Nissan, its people, the plants, and vehicle status.