on January 30, 2011
Finally getting around to finding an uploading some older pictures of the World Challenge R34 GT-R.  Here are a few pictures of the first look at the R34 GT-R, right after Igor purchased it from Symbolic Motor Cars.

Here is the car just as it was raced at California Speedway, and prior to any changes to World Challenge specifications. 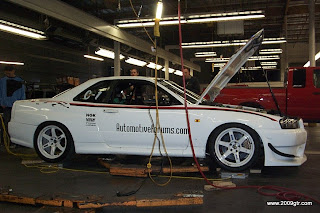 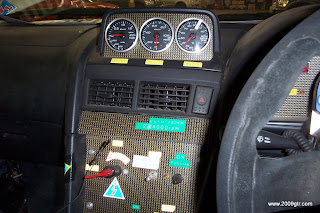 The Super Taikyu R34 GT-R had adjustable ATTESA torque split, and adjustable ABS.  The ATTESA system was also modified to use the Hicas(rear wheel steering) yaw sensor as an input. This Nismo ATTESA ECU is very trick, and was leased to the teams.

In addition to the transfer case cooler, there was a transmission and rear differential cooler. On some tracks, they even ran a front differential cooler. This car is an endurance race car, and cooling is very important.  If you ever get serious about tracking a car, you need to pay close attention to the cooling systems. What works on the street, does not work on the track. 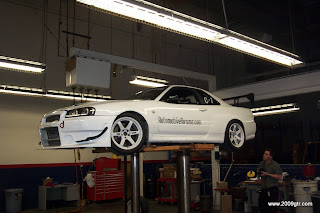 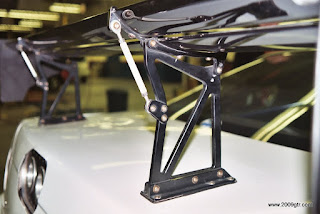 These are but a few of the detail shots that we took of the car, before we started doing anything. Suzuki checked it out, we did some basic maintenance, then took it to Willow Springs for the first test.   Coming up next are some pictures from testing, Time Attack, and taking it apart to paint and prepare it for World Challenge in 2006.