on May 07, 2017
Flooding around Montreal and the surrounding areas has been the worst it's ever been, and it's about to get worse. In a notice posted around 6:30pm Sunday night, officials are advising that the water level is expected to rise another 20 cm (8 inches) over the next few days, largely because the Carillon dam has opened it's flood gates entirely to ease the pressure on the dam.

The last time something like this happened, the April 21, 2008 Montreal Gazette reported that water levels rose 25 cm when all 14 gates were opened and the daily flow rate was 6,060 cubic meters per second.
The Current Flow Rate: The Ottawa river is the main source of water flowing from the West around Montreal. The rate of flow for May 8th 2017 could exceed 8,500 m3/s (meters cubed, per second). Exceeding the highest daily maximums ever recorded. People should prepare for flooding on an unprecedented scale.
The chart above shows the average daily outflows for the Carillon dam since May 1st, 2017, along with a linear trend-line, suggesting if the trend continues, we could see flow rates over 9,000 cubic meters per second as of tomorrow.

Update May 8, 2017: The flow rate of the dam was 8,793 m3/s yesterday and reached 8,900 today, which is markedly close to the trend-line. Officials are now saying the peak is near and by Wednesday the water should recede. 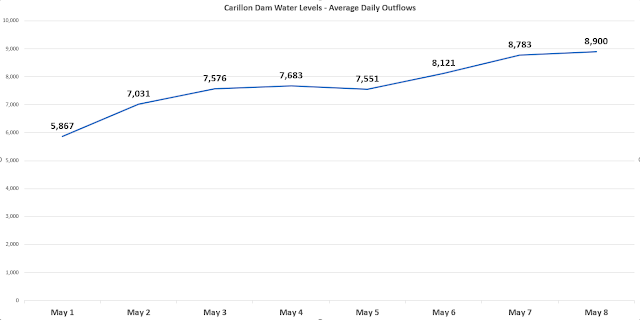 Historically,the chart below shows the daily maximums and minimums for the dam. As you can see, the highest ever recorded was 8,190 m3/s in 1976 and before that 8,105 m3/s in 1974. Now, as of May 6, 2017 the daily average flow rate was 8,121, just 0.85% away from the record high. As they open the 14th gate at Carillon surely the flow rate will reach the highest levels ever, as too will the water levels in the surrounding areas of greater Montreal.
For some context historically, the last chart below shows the annual daily average flow rates by month for the dam. As you can see, May and April are typically the highest months of the year, as you would expect in Spring time. It's really May of 1974 and April of 1976 that had the highest points.
Data was obtained May 8th, 2017 from the Ottawa River Regulation Planning Board website. 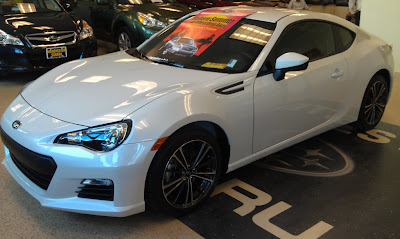