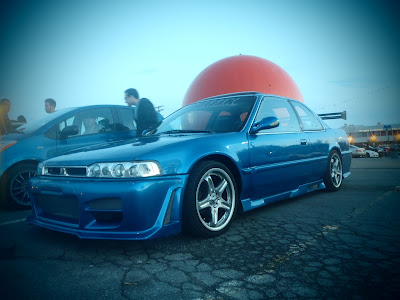 Every Thursday night, starting around 7pm, Montreal's car enthusiast community gathers freely at the Orange Julep by the Decarie and HWY 40. A long standing tradition for many decades in this city, the giant Orange is home to many car meets, usually each night of the week you can see different types of cars show up, anything from American Muscle to Show cars, Super bikes and JDM rides. 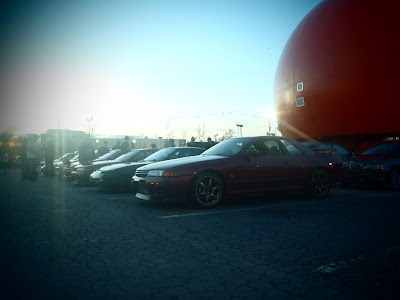 Tonight I snapped a few photos of what ever caught my eye and chatted it up with some locals. This nicely stanced Honda was definitely an eye catcher! 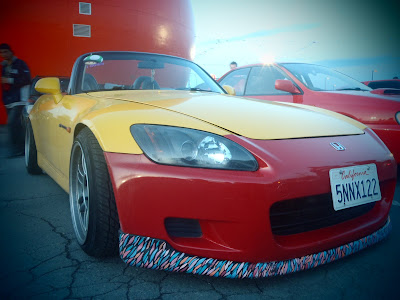 Taking a stroll around the giant orange I found this Skyline which at first had me thinking: "Hey! Same paint as me!" 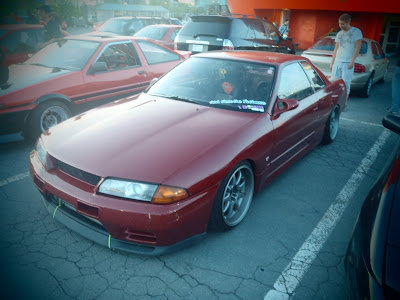 So I went in for a closer inspection... 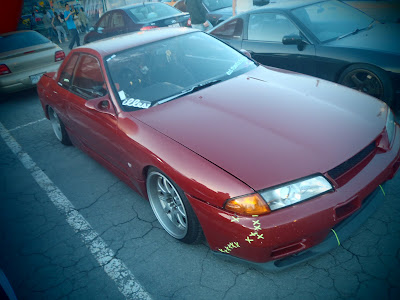 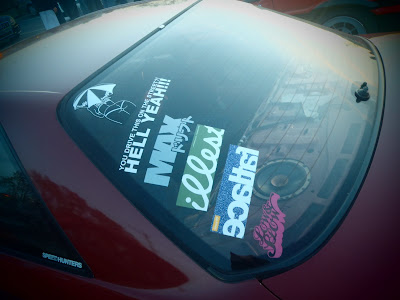 A true fan of the Tyte JDM Styles... This car seems to be pretty well used. From the Damage on the side here  I'd say this driver likes to drift sometimes, and if not, well... then he's definitely got the JDM drifter look down to the T! 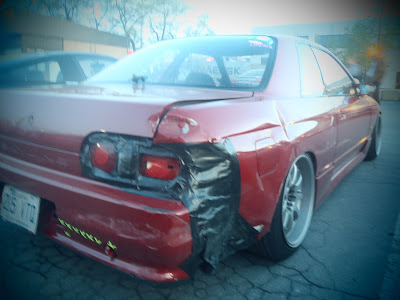 Not too sure how structurally sound that duct tape is though.
Anyways, off in the corner these Cobalts were gathered together: 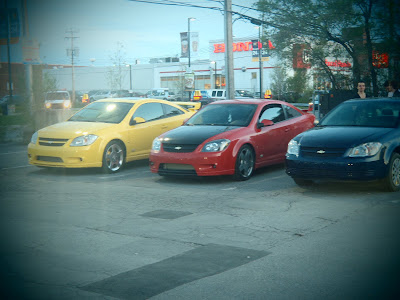 This was super clean, a nice mint Mitsubishi Evo 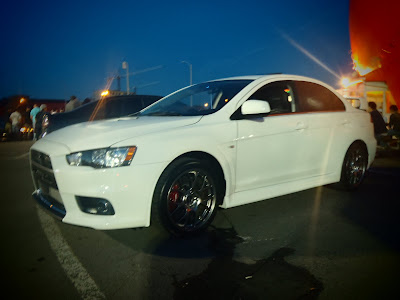 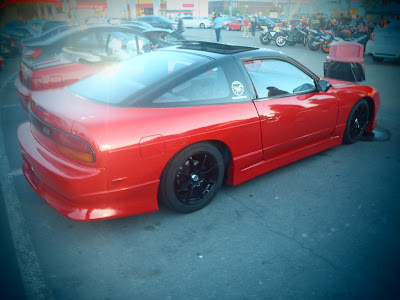 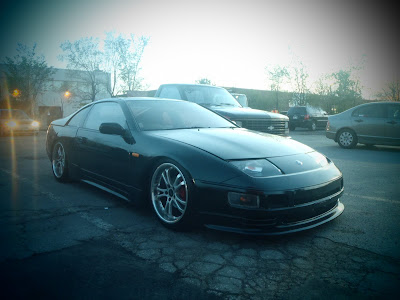 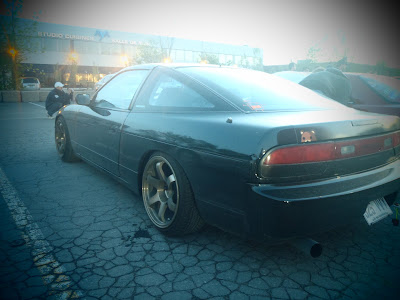 This Mitsubishi GTO actually drove off the parking lot with a cup of Pepsi on his rear spoiler, I imagine that would be a real mess to clean up when he gets home! 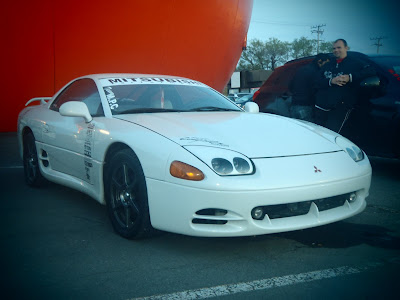 This Toyota Trueno was all tricked out 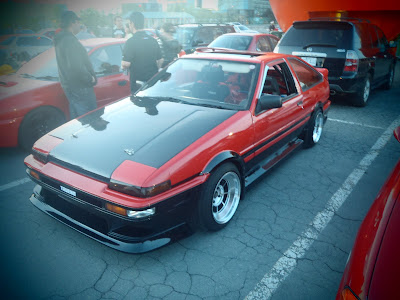 I spoke with the driver, he intends on tracking the car this summer, looks like he's all ready! 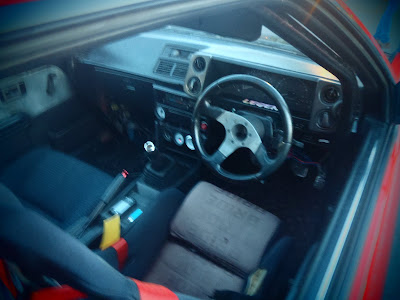 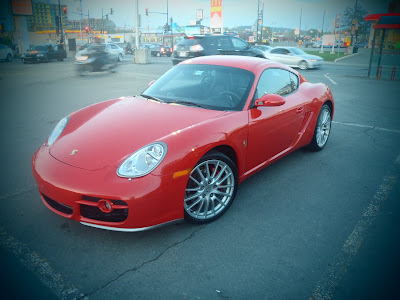 Seemingly out of place, this Porsche looks stunning 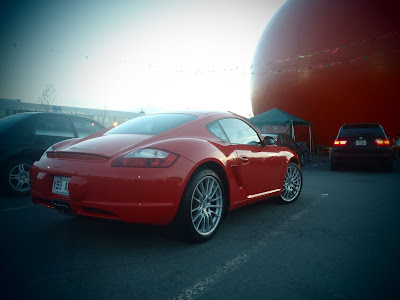 Lastly, a Sneak Preview (for those who bothered to scroll down this far)... 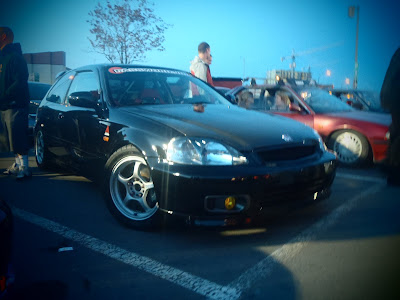 This is a nicely built Honda Civic. I spoke with the owner and we'll be doing a bit of a write up on his car in the future. He uses it for circuit racing in competition... Update: Spot-light on 230 WHP Custom Honda Civic, click here. 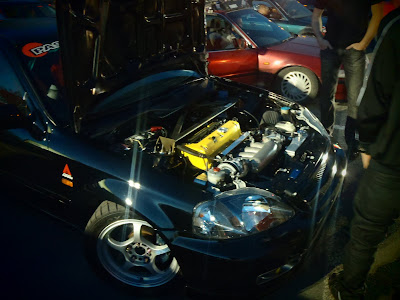 For now, Enjoy the snaps, full story on this car to come soon! 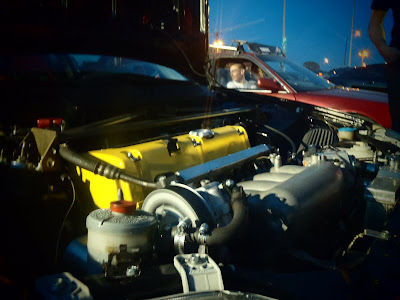 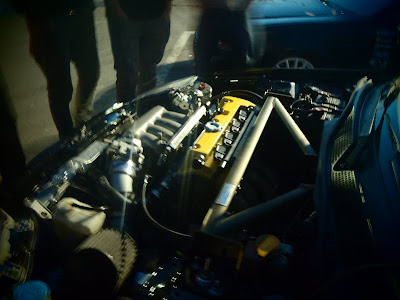 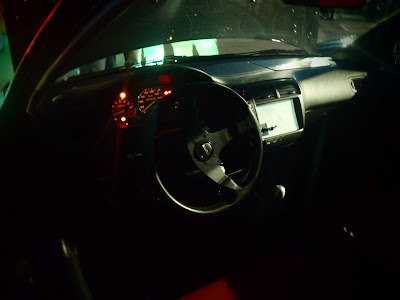